Join us at noon on January 22, 2023 for a Lunar New Year Hike with author James Daniels. After our 2 mile hike on the yellow/red to and from hatchery, we will celebrate the New Year with traditional refreshments and then enjoy James’ lecture on places to hike on Long Island.

The Cuban Giants - the First Professional Black Baseball Team - got their start in Babylon, in the summer of 1885. Town of Babylon Historian Mary Cascone will present on the team's start in Babylon and their early years in professional baseball, the myths about their name and their position in baseball history.

Women in Long Island's Past: A History of Eminent Ladies and Everyday Lives

Women have been part of Long Island's past for thousands of years but are nearly invisible in the records and history books. From pioneering doctors to dazzling aviatrixes, author Natalie A. Naylor brings these larger-than-life but little-known heroines out of the lost pages of island history.

Come visit the Friends of Connetquot table at the Radisson Hotel in Hauppauge and meet more of our friends. The Fly Fishing Expo of LI was created to promote the sport of fly fishing among the residents of the greater Long Island/NY Metro area.

There’s so much to see on the 3,500-acre nature preserve. You can learn a lot of history when you make a reservation to take a tour of the original Southside Sportsman Club. Join News12 Long Island's Elisa Distefano for a tour of the Connetquot River State Park Preserve.

Connetquot: The Way it Was (Video)

Take a tour of Connetquot River State Park Preserve and the Sportsman's Club with Craig Kessler and learn about its rich history and the stories behind the preserve and those who have been a part of its legacy.

Thanks to a lot of hard work and generous donations, the Friends of Connetquot are proud to announce the restoration of the Nicoll Grist Mill. Watch as John Remmer takes you on a detailed tour of the Grist Mill and explains the restoration project.

Watch the Video
Previous Next

The Friends of Connetquot is a nonprofit organization dedicated to the preservation, conservation and history of the 3,473-acre Connetquot River State Park Preserve. We work to help management protect a pristine environment and historic buildings and artifacts. We also support educational programs, fishing facilities and hiking and equestrian trails. 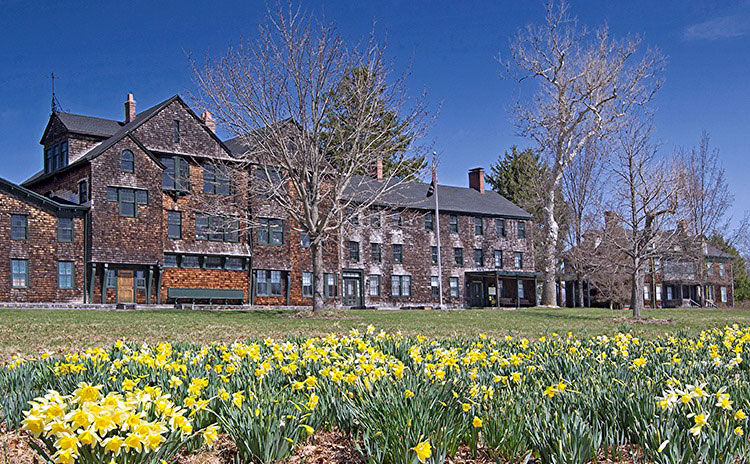 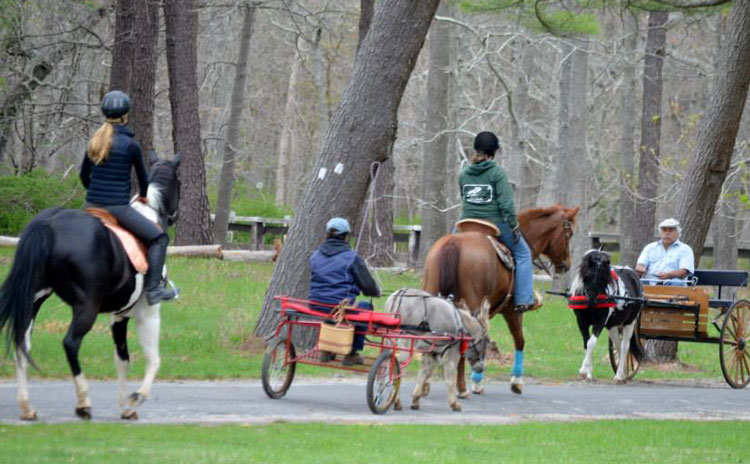 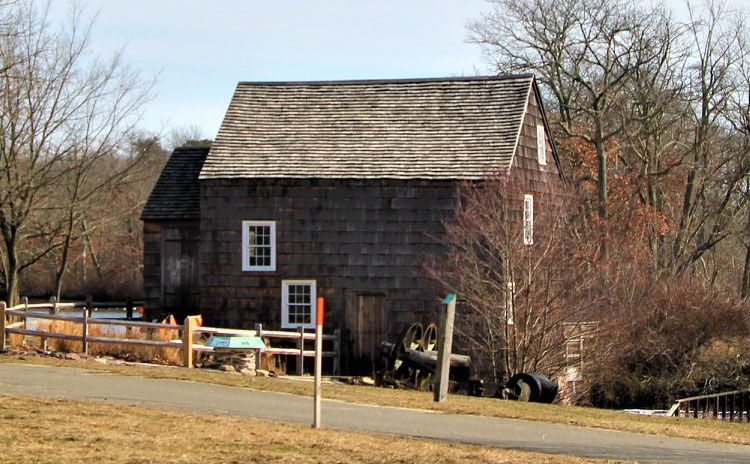 Eulogy for a Rock

To those who knew him, he was a rock in many ways. He was, at times, immovable.

He was a staunch believer in sensible conservation, A devoted supporter of this Park, And an adamant believer in its fishery. He was resolute in how to preserve and conserve.

His knowledge of our sportwas vast and distinctive. As a dedicated fly fisher and talented fly tyer, His techniques were without compromise, As were many of his attitudes about our craft.

Since he was a physician, and I, a scientist, We talked about health, especially as his began to fail. His views in this regard were just as resolute. I am glad my views most often coincided with his. When they differed, it was like two mountains immovably facing each other.

Despite all of this, this Rock had a soft side. He gave his all to The Friends of Connetquot and Idle Hour Fly Fishers. He, in many ways, enlivened both groups, And made them more than they would have been without him.

He had a sense of humor that was wry and often understated. He and I often compared punchlines of stories we both knew. Although the breadth of his humor and foolishness was all inclusive, He suffered fools badly.

He gave away much more than he was given. I know this because I was one of his recipients. I wish I could have given him more. But he knew what we didn’t: his time was short.

Now, he is gone. All we have left is our memories and this rock. It is a poor substitute for Richard Steinberger. It will, however, memorialize him for years to come, Even after we all are gone. And THAT is good!

I miss you, my friend. 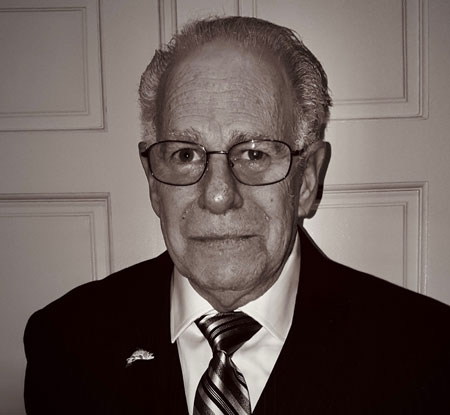 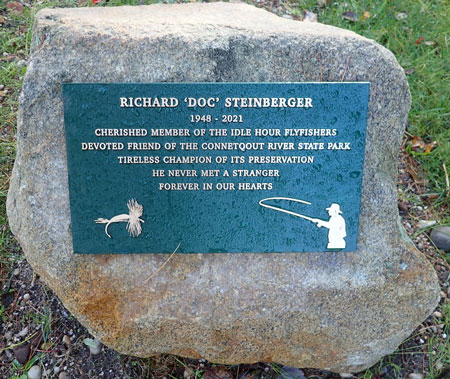 The Friends of Connequot mourn the passing of long-time CRSPP Manager Gil Bergen.

Click here to read about a wonderful man and his unique life. 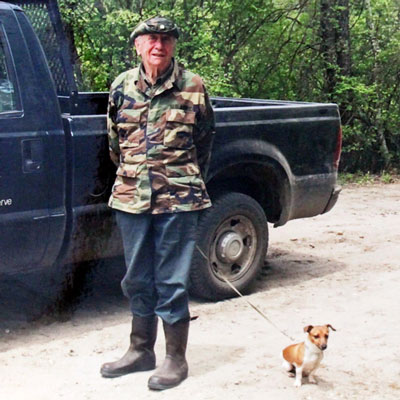 The President's Letter for Winter 2023 has been released:

Here are the highlights: 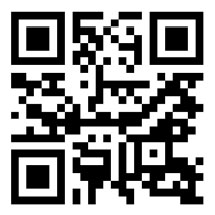 Did you know you can take a walking audio tour of Connetquot River State Park Preserve using your own cell phone? Thanks to STQRY and the Friends of Connetquot, you can learn about the history behind the landmarks of the park such as Mile Marker "50", the various bridges along the trails, the Ice House, Hatchery and more! Plus, you can find out what to look for as you walk the trails of the park. It's a whole new way to see Connetquot even if you've been here hundreds of times or you’re hundreds of miles away!

Simply download the map here or get one at the entrance booth as you come in to the park. Start your tour at the Welcome Kiosk in the parking lot. Scan the QR code with your smartphone for pictures and audio or call 631-703-3313 and enter number 1 to begin the tour. Look for more signs throughout the Preserve. Snap the QR or enter the number on the marker and you'll be treated to a short summary of what you're looking at and what to look for.