Coaching Along the Great South Bay

The Birth of a Unique Town – Islip Town, New York

Designing, Fabricating and Preserving Stained Glass in the 21st Century

Long Island Lighthouses; Past and Present 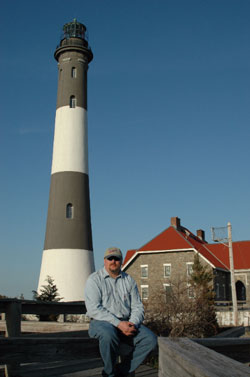 Speaker: Robert Müller; President of the Long Island Chapter of the US Lighthouse Society

Long Island Lighthouses: Past and Present examined the history of more than 20 light stations over 200-plus years. It is based on Muller's 2004 book of the same name and his experience as a local lighthouse history researcher and preservationist. Images in the program range from the 1850s to the present and include lighthouse keepers, lightships, and lighthouses that no longer stand. Information includes personal stories about many of the personalities involved in this history.

Mr. Müller has been researching the history of our local lighthouses since 1998, having served as a volunteer at several of the area's lighthouses. He is currently a member of the Stepping Stones Lighthouse Preservation Committee. Mr. Müllerwas the founding President of the US Lighthouse Society's Long Island Chapter (2000-2005), a position resumed in August 2019, and a past President of the East Islip Historical Society. 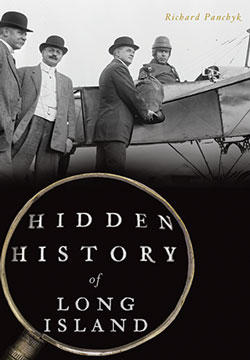 Long Island's history is filled with fascinating firsts, magnificent mansions and Interesting characters. Did you know that it was Long Island Pilot Earle Ovington that was the first to carry our country's airmail? Or that William K. Vanderbilt's Long Island Motor Parkway was our nation's first highway? Did you know that Muttontown holds the ruins of an exiled Albanian King's Estate? Or that Captain William Kidd may have buried treasure on Long Island? Richard Panchyk will discuss these and much more about the vanishing traces of Long Island’s intriguing history.

Richard Panchyk is the author of 36 books on a variety of topics, including more than 10 titles on Long Island and New York City History. In total, his books have featured thousands of historic and present day photographs of New York’s most fascinating Places. His most recent titles are Nassau County Through Time, Suffolk County Through Time, and Abandoned Long Island. 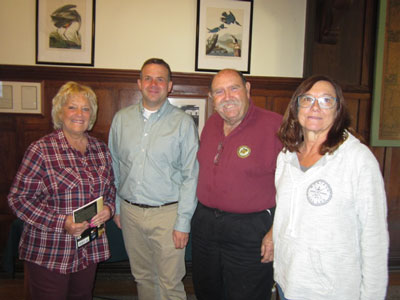 Learn about the sporting activities of the Gold Coast Estates in the early 20th Century. Mr. Mateyunas will talk about the houses, clubs and residents who played here. From the birthplace of American polo on the legendary fields of The Meadow Brook, to harbors that sheltered the grand yachts, come hear about our Island’s great sporting history.

Paul J. Mateyunas, a native to Long Island’s North Shore, has been fascinated by the architecture of Long Island since his early youth. Schooled in the US and Italy, Paul holds degrees in business and art history. His interest in historical preservation led him to work as a restoration consultant. Since the release of his book, North Shore Long Island: Country Houses, 1890-1950, in 2007, Paul has given numerous talks for museums, historical societies, and other institutions on the Country House Era. His second book, Long Island’s Gold Coast was release in May 2012. He has appeared as a North Shore historian on the Travel Channel, Discovery Channel, BBC, and PBS’s Treasures of New York, The Gold Coast.

The Must See Hiking Destinations of Long Island 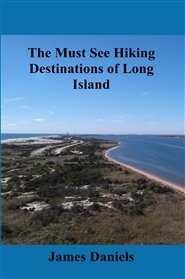 Take a hike! Get outside and explore the Long Island Pine Barrens’ deepest secrets and more! James Daniels, author of The Must See Hiking Destinations of Long Island, and Westhampton High School Sophomore, will present a power point of only the best hikes on Long Island; such as the globally rare dwarf pines of Westhampton, the hoodoos of Montauk, and the 100-foot tall white pines of Prosser Pines County Park. The presentation was complete with pictures, maps, and the best hiking information available. 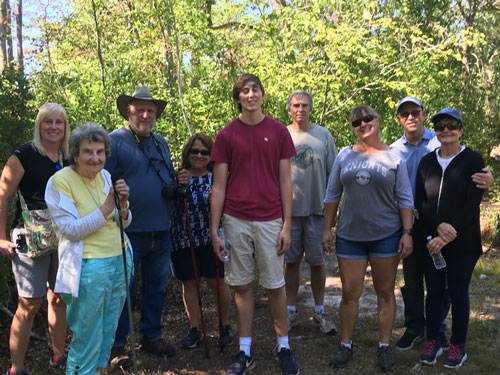 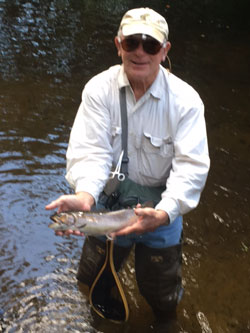 Tom McCoy's presentation demystified fly fishing. He introducd guests to simple techniques and flies that helped make time on the water as a beginner more enjoyable. Tom's slide show "walked" guests through the park and its fishing beats, how he fishes each site, how a fly rod works, and where a person just might find a big one. The presentation was followed by an optional hike with a tour of the fish hatchery. 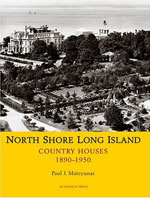 "The Gold Coast and the Real Gatsby"

Travel back in time to the days of Daisy Buchanan and Jay Gatsby learning about the families and some of the actual grand houses that inspired the book and movies. North Shore historian and author Paul J. Mateyunas will give a talk Hi about the history of the Gold Coast and the grand old estate houses. Mr. Mateyunas will autograph copies of his books North Shore Long Island: Country Houses, 1890-1950 and Long Island's Gold Coast. Long Island's Gold Coast will be available for purchase.

"Historic Haunts of Long Island: Ghosts and Legends from the Gold Coast to Montauk Point" 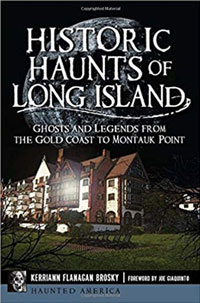 Just in time for Halloween! On Saturday, October 20, the Friends of Connetquot hosted award-winning author Kerriann Flanagan Brosky, who discussed her book, Historic Haunts of Long Island: Ghosts and Legends from the Gold Coast to Montauk Point. Journey through Long Island's history as preserved in its ghost stories and spirits who have made their presence known, from Native American legends and beyond.

"A Short History of Fly Rod Design and Manufacturing"

Ted Simroe is an internationally renowned fly rod designer and Master bamboo fly rod maker. He led two of the major rod manufacturers during his business career designing and manufacturing outstanding products, many of which are considered valuable sporting collectibles. He now makes a small quantity of hand-crafted bamboo fly rods for individuals who can appreciate true excellence in a traditional American craft. He has given many talks and casting presentations over the years.

“Straight Shooter in a Crooked World: The Fearless Life of John K. Hackett” 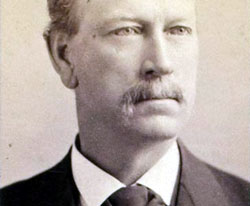 Join Chris Kretz for an interesting presentation that will examine John K. Hackett’s life, his adventures, and his unique circle of friends - lawyers, politicians, artists, newspaper editors and sportsmen alike. Hackett lived life to the limit as only a man of the 19th century could. The fact that he was a founding member and the second president of the South Side Sportsmen's Club is only the start of it.

From a young man growing up mere blocks from the Five Points slums, drawn west to San Francisco during the Gold Rush, back to New York where he made a name for himself as an upright judge in the era of Boss Tweed, Hackett knew no fear. Renowned as the best pistol shot of his generation, he was not above wearing his guns in court or shooting coins out of the hands of his dinner guests. He survived beatings, assassination attempts, and political attacks.

The son of a famous acting family, he was a gifted mimic and practical joker who loved nothing so much as his guitar, his dogs, and his time spent hunting and fishing.

Chris Kretz is an academic librarian and co-author of Oakdale from Arcadia Press. He also co-hosts the Long Island History Project podcast, sponsored by the Long Island Radio and Television Historical Society.

Matthew Kaelin presented an interesting photographic exploration of Long Island’s carnivorous plants. He is the author of "The Sinister Beauty of Carnivorous Plants," and his vivid photography has been exhibited in fine art galleries. He has also authored natural history articles and won horticultural awards, as well as named two Nepenthes cultivars. With his life-long interest in carnivorous plants, Matthew often searches the natural habitats of Long Island’s native carnivorous plant populations and regularly shares his observations with the New York Natural Heritage Program. 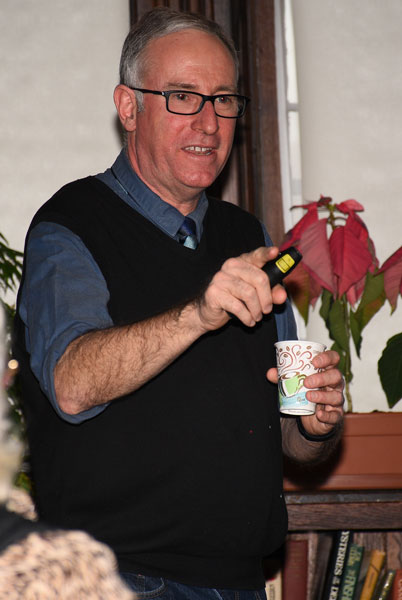 We are a nation of immigrants and today there is a renewed interest in our ancestry. Where did our ancestors come from, when did they come and how did they get here? On January 28th the Friends arranged an informative lecture by Dr. J. Bret Bennington, Geology Professor and Chair of the Department of Geology at Hofstra University to address these questions…not about us but about our rocks!

Dr. Bennington initially discussed the how and when. As many are aware, Long Island is the result of the termination of four glaciers, the most recent, the Wisconsin, occurring twenty thousand years ago. Glaciers typically advanced about one half mile in a decade and receded at the rate of a mile and a half per century. During each period of recession, material was deposited and sometimes washed to new locations by streams of melted glacial ice. Here and there about the island, especially along the north shore, one comes upon a seemingly misplaced boulder of enormous size deposited by receding ice.

The largest of these boulders stands on the west side of Shelter Rock Road on the Whitney estate in Manhasset. It measures 54/40/16, over 25,000 cubic feet. Another large erratic (as these boulders are called) is located southwest of Rocky Point; it measures 25/25/30 or 18,700 cubic feet and may well have given the town its name. This rock is on private property and Suffolk County Legislator Sarah Anker is attempting to protect it. 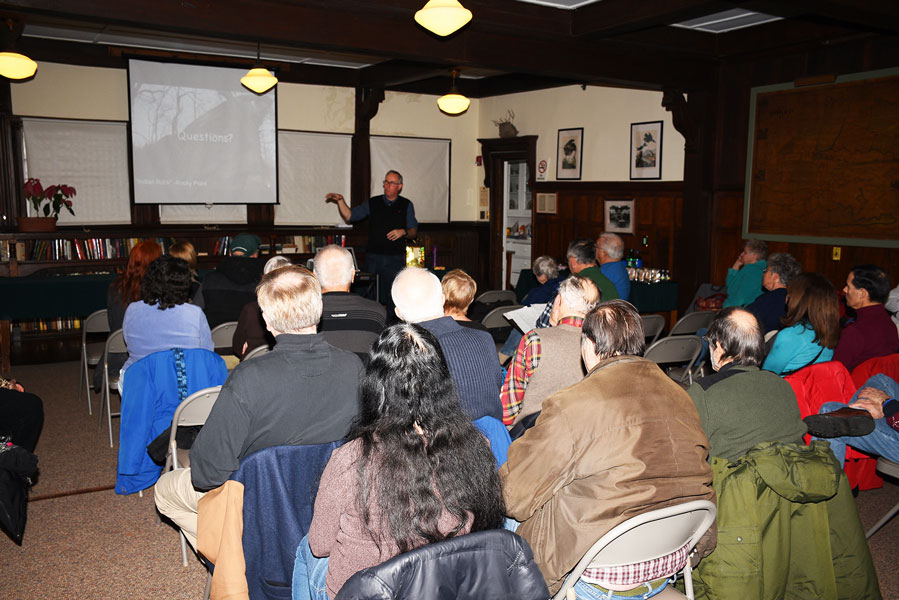 The last question addressed was the origin of these migrant boulders, which can travel far. Dr. Bennington's twenty year geology experience came to bear and he indicated that individual rocks are classified as igneous, metamorphic or sedimentary and chemical analysis can suggest their origin. Some believe these erratics were broken off the northern New England bedrock and carried south by the ice sheet. The lecture concluded with attendees showing rocks they had accumulated from all over the country and having them identified as to type and geographic origin. Uncannily, Dr. Bennington invariably was correct in his analysis. Perhaps the most interesting specimen was an extremely heavy black iron rock that had all the characteristics of a meteorite, which he deduced was a melted chunk of iron, perhaps from an old cast iron stove. It possibly was melted and used as ballast on an old sailing ship and then jettisoned.

Join Frank Vincenti, a self-educated expert on wild dogs of the world and founder of the Wild Dogs Foundation. His informative talk will include the current status of the Red Fox population of Long Island, the existence of a second fox species, former wolf populations that were here, and the arrival of coyote, a wolf-like animal that is recolonizing our area. What are the adverse and beneficial effects of these carnivores on the ecology of Long Island and its people? Can we coexist with resurgent carnivore populations?

"The Journey and Legacy of Theodore Roosevelt"

Join Bill Reed, who for the past three years has been conducting informative tours of the Roosevelt home in Oyster Bay, Long Island. Come and hear the fascinating story of Theodore Roosevelt who overcame a sickly childhood to become the youngest person to hold the office of President, and throughout his full and strenuous life garnered many other accomplishments: Naturalist, author, hunter, explorer, Rough Rider, winner of the Nobel Peace Prize, New York City Police Commissioner, trust buster, husband, and father. Theodore Roosevelt still leaves his mark on Americans and people throughout the world, and his policies are still relevant today.